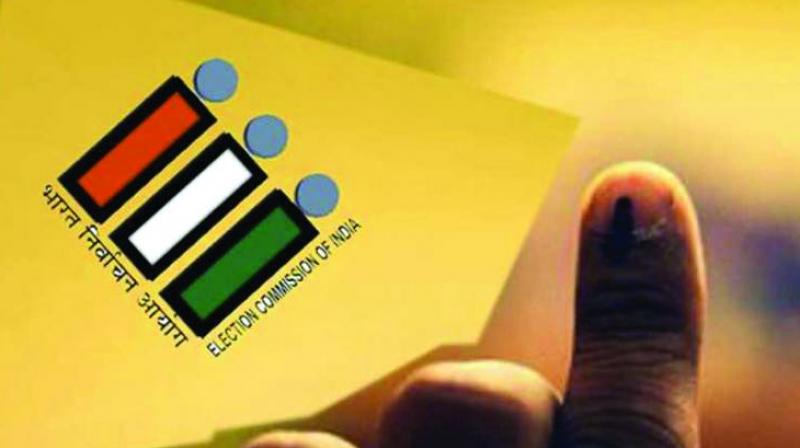 New Delhi: India’s Election Commission (ECI) said on Tuesday that exit polls would be suspended from 7 a.m. to 6:30 p.m. on October 21 during the Haryana and Maharashtra Legislative Assembly elections and by-elections to 51 17-state assembly constituencies.

“General Elections to the LAs of Haryana and Maharashtra and by-elections to 51 Assembly Constituencies of 17 States and 23-Samastipur (SC) PC in Bihar and 45-Satara PC in Maharashtra to be held simultaneously – Ban on EXIT POLL from 7 a.m. to 6:30 p.m. on 21 October,” tweeted Sheyphali Sharan, EC’s official spokesperson.

Saran wrote in another tweet: “And showing any election issue, including the results of any opinion poll or other vote surveys, in any electronic media, would be banned during the 48hrs period ending with the hours set for the completion of the poll in the respective polling areas.”